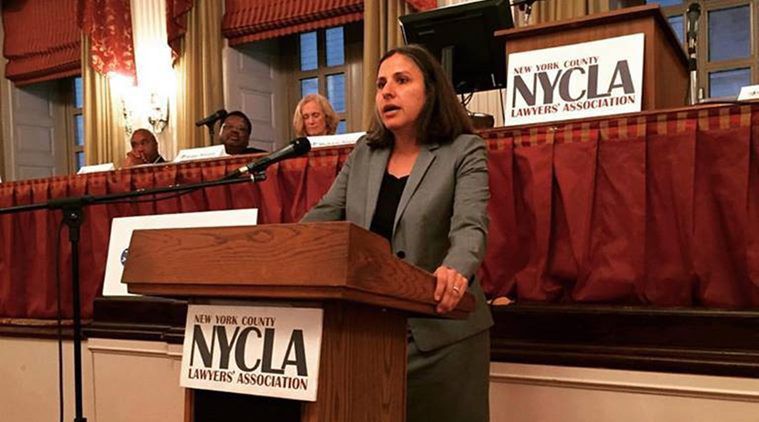 The Senate Judiciary Committee has voted to approve and send to the full Senate the nomination of Indian American Diane Gujarati to the federal judgeship seat in the Eastern District of New York. The Indian American was nominated by President Donald Trump on May 10.

Gujarati, the deputy chief of the criminal division of the federal prosecutor’s office for the Southern District of New York, had actually been nominated to the bench while President Barack Obama was still in office, but her confirmation remained pending when Trump was elected.

The seat for which Gujarati has been nominated covers parts of the city as well the suburbs on Long Island.

Her father, Damodar Gujarati, is an emeritus professor of economics at the U.S. Military Academy at West Point, which trains army officers.

The nomination by Trump shows both her legal standing as well as the administration's difficulty in finding candidates within its ideological spectrum who will be able to win Senate support, according to a news release.

Gujarati is expected to receive the confirmation convincingly because of the support of presidents from both parties, newsreports said.

The National Asian Pacific American Bar Association applauded the nomination and encouraged the Senate to swiftly confirm her to the bench.

“Diane Gujarati is an experienced litigator with a long and distinguished record of public service,” said Pankit J. Doshi, president of NAPABA, in a statement. “She will serve admirably on the District Court for the Eastern District of New York. I urge the Senate to quickly confirm Ms. Gujarati to the court.”

Gujarati has been deputy chief of the criminal division of the U.S. Attorney’s Office for the Southern District of New York since 2012, and she has served as an assistant U.S. attorney in the Criminal Division since 1999.

From 2006 to 2008, she was deputy chief of the appeals unit in the criminal division of the U.S. Attorney’s Office for the Southern District of New York.